Shortly after the class ............ a call was received by Trooper Steve Mayer (who was one of those troopers) that 2 individuals had broken out of a facility. After obtaining a scent article a trail was ran while being backed up by Trooper Cody Harstad ( The other Bloodhound handler)  that covered around one mile. The trail ended in front of anapartment building in its parking lot. Apartment doors were then knocked on to see if anyone had seen anything. One resident came outside and reported his vehicle was missing from where the hound had indicated a vehicle pick-up. With them now having a vehicle description to broad cast the information was sent out. The escapees were arrested in that stolen vehicle a little later ................

Great work !!! Thanks Chad for helping your neighboring state!! 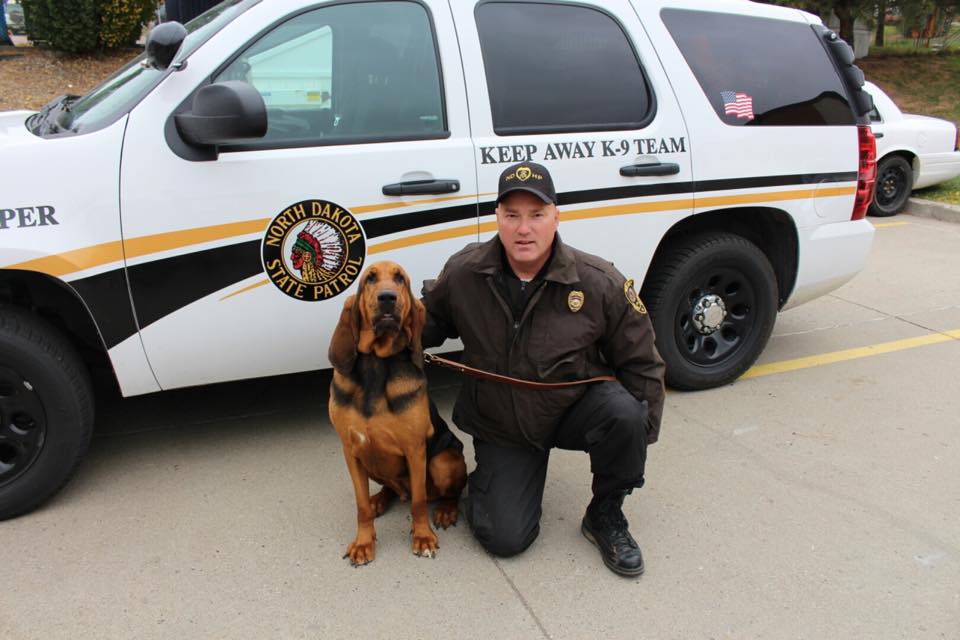