Arguably, this was the BIGGEST MANHUNT since Eric Rudolph (the Olympic Bomber), certainly it was in the history of Pennsylvania... The search for Eric Frein (murdered a Pennsylvania State trooper and wounded another) was a lengthy and dangerous operation and one of your INBTI Instructors had an impact on it!

Pittsylvania, Virginia Deputy/INBTI Instructor Mike Szelc was called to the search as two of our assistants were leaving. Tim and Patty Elfreth (who were the only civilians ... which is a testament to the quality of the dog they have trained)

Mike’s job at the scene was in the mornings, he would deploy to check possible sightings that came in over night. His dog, Chase, gave good and consistent NSI’s at every one of those sightings. Then in the afternoons they would deploy to check areas that had been confirmed in some manner. On one of the afternoon deployments, Chase caught a trail that was thought to be about 10 days old. Evidence was found along the trail that was confirmed to be Frein’s. The trail led to a before undiscovered camp site. Because he located this campsite, the whole command center shifted to its final location. Chase had established that vital direction of travel! We all know how it ended. The US Marshalls team located him in a barn about 5 miles from that campsite!

Great job Mike!!!!!! I just wanted you all to know INBTI was there, working quietly and professionally behind the scenes.. I want toTHANK ALL Law Enforcement involved.............. especially the FBI Team that was watching over him to make sure he was covered at all times 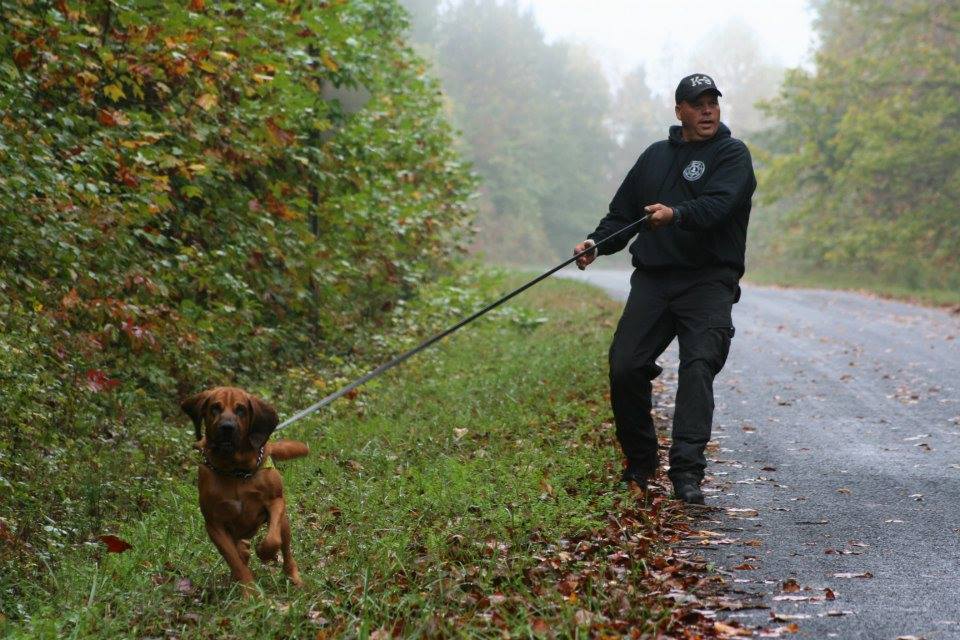