In The News - Armed Robbery Case

This is one that Carren Corcoran and K9 Slim did.

Just got an update on a track Slimmy and I did this week. Tuesday nite I was still at the Radio Shop working the puppy on cadaver after training when LT Donahue called. Kelly said a shop on 500 state street had just been robbed by a M/ B w a gun.

Got to the "life is good " shop and saw the video of the suspect and it showed him lean over the counter. I had everyone come back to store that was inside - i think one officer was holding on the Wendys down the street ref the case.

Slim started at counter went to front door- up on hind legs to go out- went out and Slim went a very short distance toward lake street -(10 feet) then abruptly stopped himself, lifted his head, then abruptly turned and began tracking inbound on state( wind on that portion totally made sense)- made a sharp left turn to go up w gilman and turned again down an alley - went to the end and ran into a fence. Did not give a fence crossing and came all the way out alley on his own and took off toward henry on gilman flowing in and out of doorways. Got to intersection and crossed then head lift. Called it that he had lost turn and worked entire intersection with no results. Backed him up and cast directly across from first alley and boom he got it and east side of gilman took off to buckeye lot. Tracked into buckeye lot and worked to an empty parking stall and gave car pickup. Called it as car pickup.

Are you sitting down. Donahue reviewed cameras in lot and at 7:22pm a white suv came in lot and backed into the stall slim gave car pick up at. Then vehicle drove off fast and she could not see anyone get into SUV. The call came in at 7:28pm. Got a text from Kelly today that the detectives were able to id the suspect from Slim's track because there had been the same robbery about a week ago on state street and the review of the buckeye lot in that video showed same SUV !!!!!!!!!!

And to top it off the suspects description was canvased down state street before i had gotten involved. Wendy's staff said they thought the suspect had been in the Wendy's men's bathroom. IT was held for slim and I. After I did the original track Shimko asked if should try a track from the Wendy's. I said I was unsure what it would tell but what the hey. Took the gauze down to Wendy's and set Slim up in mens bathroom. Slim presented with the scent and gave a no scent indication. Meanwhile staff reviewed their video and confirmed the person they thought was suspect in mens bathroom was not and instead a staff person.

I am so glad Kelly called cause the robbers are getting more and more out of control.

Another win for the good guys due to our K9s using Kocher scent specific man-trailing methods! 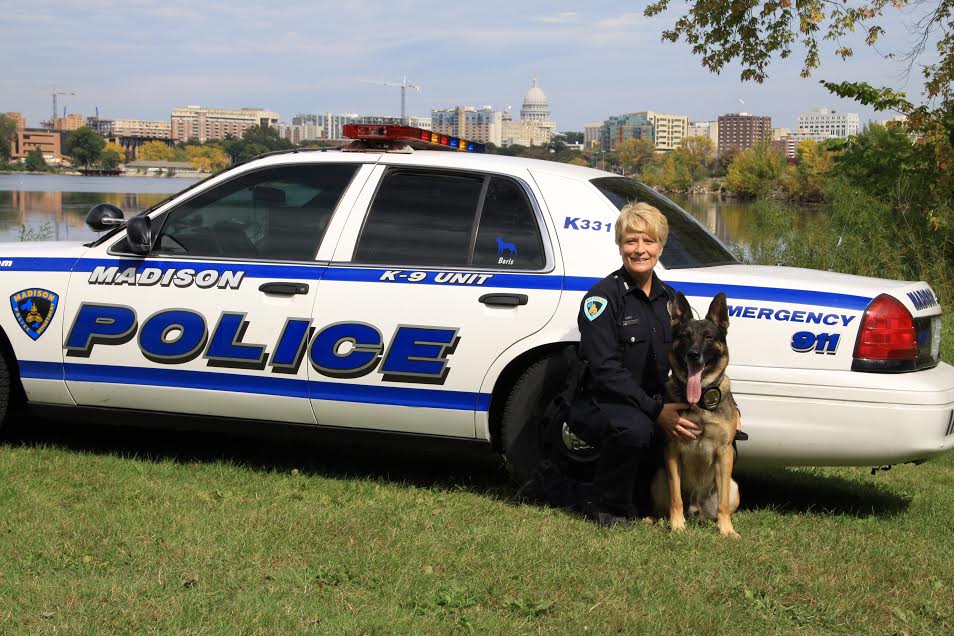