In The News - Flight from traffic stop

Deputy Clemes tracked a fleeing suspect for a local agency that involved a fence crossing. The local agency apparently wasn't really interested in following Kurt and his dog through the cemetery and I guess didn't think he could find the guy but Kurt wanted to try it. he said he scented his dog off the seat the suspect was seated in and picked up a track. While tracking he said he came across the guys baseball cap and then he located him crouched down behind a garbage can. He didn't give up and Kurt sent his dog in for a bite and he got the guy on the shoulder and was taken into custody. 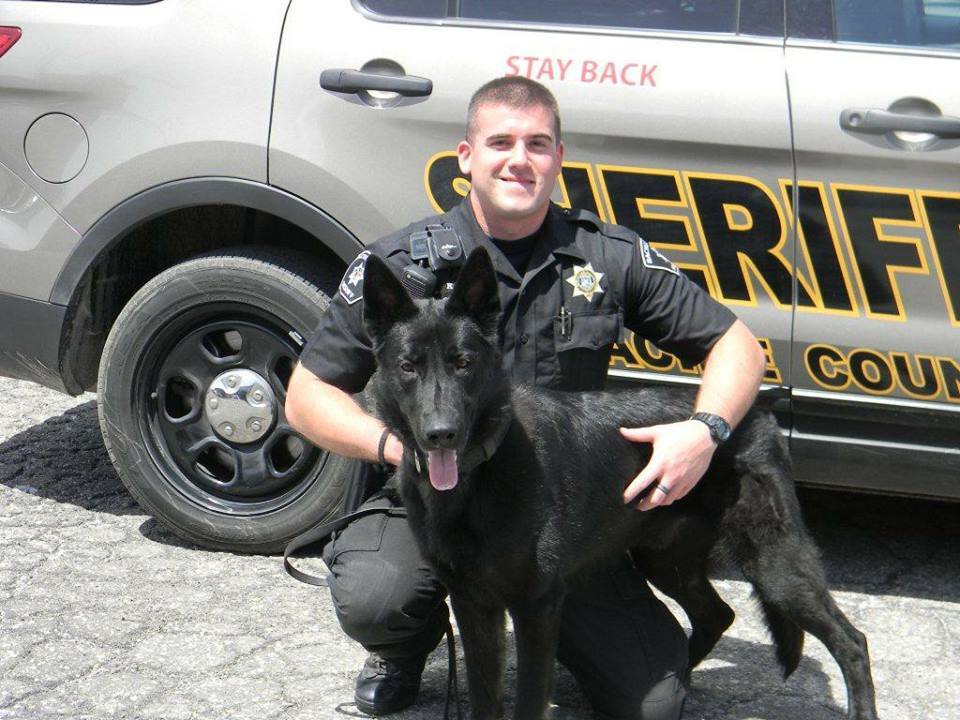