In The News - Suicidal Juvenile

On June 24th, 2014, at 2347 hours, deputies responded the 1000 block of Main St in the Village of Union Grove for a 13 year old suicidal female. A friend of the female had called the Sheriff's Office and advised that the female had told him she had consumed a bottle of anti-depressants in an attempt to take her life. Upon arrival, deputies began searching the area without success.Deputy Fisher arrived with K-9 Murphy. A short time later, Deputy Fisher and K-9 Murphy successfully tracked the female to a building nearby. The female had also consumed a bottle of cough medicine. She was conveyed, by rescue, to a local hospital for treatment. Sheriff Schmaling stated, "Without the assistance of K-9 Murphy, it's likely this suicidal person wouldn't have been found. I'm very proud of Deputy Fisher and K-9 Murphy." 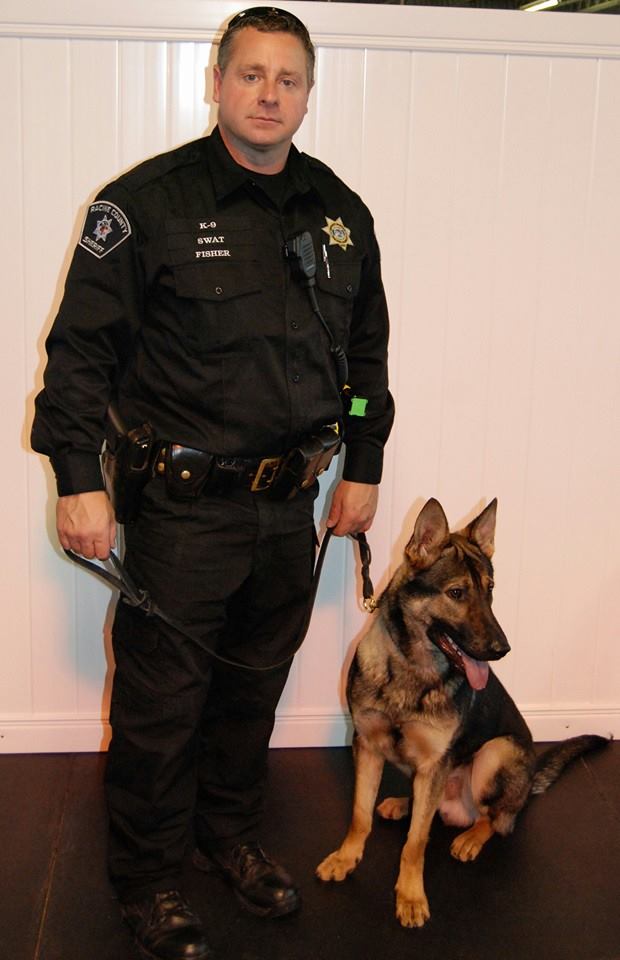