INBTI Instructor Tom Ostercamp assisted in a murder investigation recently in State of Washington (USA). A person of interest was seen on video leaving a commercial establishment with the victim but denied ever being at the scene of the murder ( her home) Tom was given a scent article 5 days after the crime and with no prior know ledge trailed through an urban neighborhood into and through a industrial complex leading to and down some railroad tracks. The next morning he called in another dog team (which he had been helping regaining the dog's focus by introducing intensity trails). They continued the track leading to a ship. The suspect had been stationed on that ship! He was located in another state after committing suicide and giving a full written confession! Congratulations to both dog teams !!! . Your work very well could have saved another life!!! 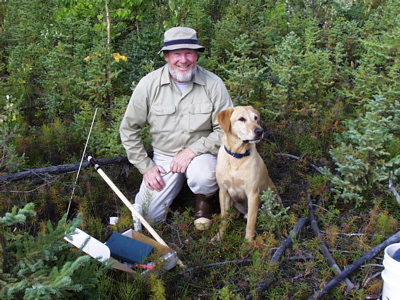