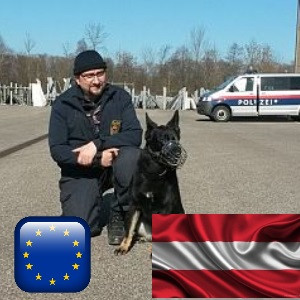 This email address is being protected from spambots. You need JavaScript enabled to view it.

Since 2013 Education with The Kocher Method

The Kocher Method is a quick and positive training for the dog. He quickly learns mantrailing in a simple way.  From the beginning, the handler has a simple tool to train the dog correctly and efficiently, without having to know a lot about dogs, their drives, instincts or behaviors.  Many basic things are also exactly described in the book The Kocher Method.  In the course of training, the dog handler automatically learns this knowledge based on simple practical explanations.
The cooker method is 100% compatible with the dog's previously known learning laws, drive behavior and appropriate behavior. And finally, it just works.

The Kocher Method is a simple Tool to learn Mantrailing.   The cooker method is a good training for dogs with anxiety behavior, environmental problems or other wrongly controlled behavior to regain the basic positive behavior.  The Kochermethod works, if you train it right.

you have to know, its not about beeing the best, its about build the best.